Robert Wright (Bloggingheads.tv, The Evolution of God, Nonzero, Why Buddhism Is True) and Lorenzo Albacete (Communion and Liberation)

Monsignor Lorenzo Albacete, formerly a physicist, a professor of theology at St. Joseph’s Seminary in New York, and president of the Catholic University of Puerto Rico, is now national director of the lay movement Communion and Liberation. His essays have appeared in the New Yorker and the New York Times Magazine. 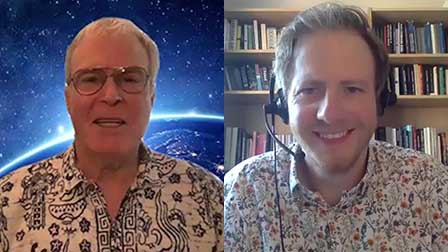